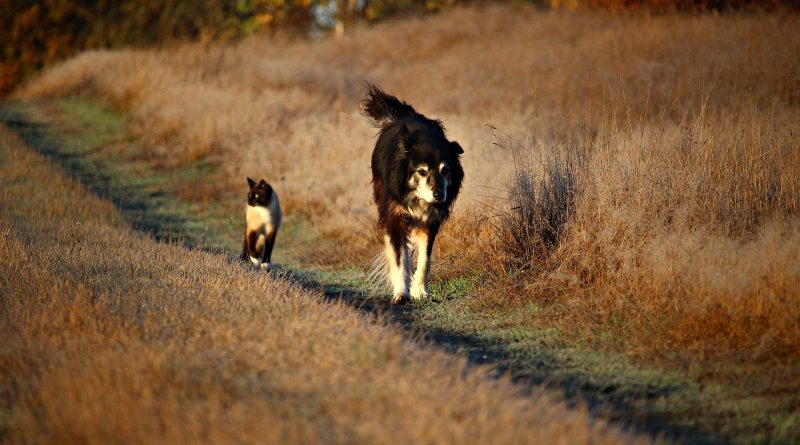 The Cat at Airport Security

By Kerensa Durr from RV to Freedom

Back before we were RVing, we moved from one state to another. We only had one cat at the time. Brandon was going to start out with the U-haul and I would fly and meet him with our cat.

I got to the airport with kitty in a soft-sided, flimsy cat carrier and proceeded to security. The guy wouldn’t let me keep Dylan in his bag and insisted I take him out and walk through with him while the bag went through the scanner. Ok, I had him in his harness, so I clipped a leash on and pulled him out.

Oh no, that wasn’t good enough. I couldn’t have a leash on him. I looked at the guy like he was insane, but I did have the harness, so I wrapped my hands all through it and walked through the scanner. But now came the hard part, the cat was out of the bag. Literally!

I’m sure you can imagine how much Dylan was struggling not to get back into the bag and splaying his legs in any attempt to not get into this flimsy, soft-sided bag that won’t stay open. The guy says to me very straight-faced and annoyed, “Ma’am, who’s in charge here? You or the cat?”

Thankfully, the lady behind me had my back and said, “You’ve obviously never had a cat.”

Today was a Travel day and we thought we officially lost the cat!!!!!
Prepping for the move I opened the passenger window of our class A to remove something then got distracted and didn’t close it. 20 mins later I noticed I hadn’t seen the cat in a while, then looked over and saw the window open. IMMEDIATELY my gut sank. He was gone!!

He will jump out that window in a heartbeat. He’s done it before and he’s gotten out the normal door before too. He always comes back. Only problem was we didn’t have time to wait for him to come back (usually around midnight when he’s hungry) as we are on a deadline… crap crap crap! We looked outside in case he hadn’t gone far yet. No sign of him anywhere. Shook the food bag in case he was maybe hungry. Nothing!

I gave up hope and continued to pack up the coach trying to think of what on Earth we could do.

My husband came in ’cause he got his shirt dirty emptying the tanks so he went to change. Opened the closest and BOOM! There he was! Apparently while putting away laundry he jumped in and I didn’t see him and closed him in the closet!!!

The first time Cricket met Bear in his fifth wheel, she was wound up as usual. She was 8 months old. Bear’s people said it would be good for Bear plus they wanted to get to know this wiggly, new-to-us puppy.

First she jumped on all the furniture. Then she noticed Bear and loved him so much that it caused him to whine and look at us like, “Why did you do this to me?”

After that, she found Bear’s toys and started chewing. Bear wanted his toys back but was too timid to go get them from the terrier tornado that had momentarily entered his life. Poor boy. He was not used to so much activity.

Finally, Bear got to have one of his treats – coconut oil in his KONG toy. Of course Cricket wanted some, too, so she got to taste a little from someone’s finger. Needless to say, I went back to my rig with a small jar of coconut oil for the “baby.”

Despite the trauma that Bear seemed to feel during Cricket’s visit, he seemed to come out of it no worse for wear. He would prefer she didn’t visit again, but I’m sure he would still share his toys with her (as though she’d give him a choice). 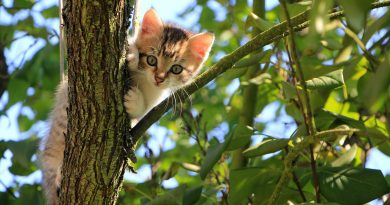 Kittywalk: A Fun and Safe Outdoor Enclosure for Your RV Adventure Cat 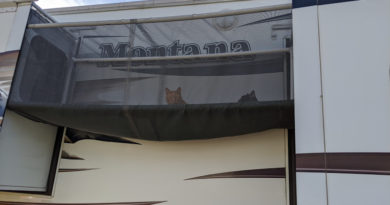 RV Cat Enclosure: An Outdoor Catio for your Adventure Cat 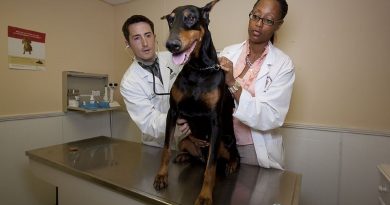 Pet Health Insurance: Is It Worth The Cost?