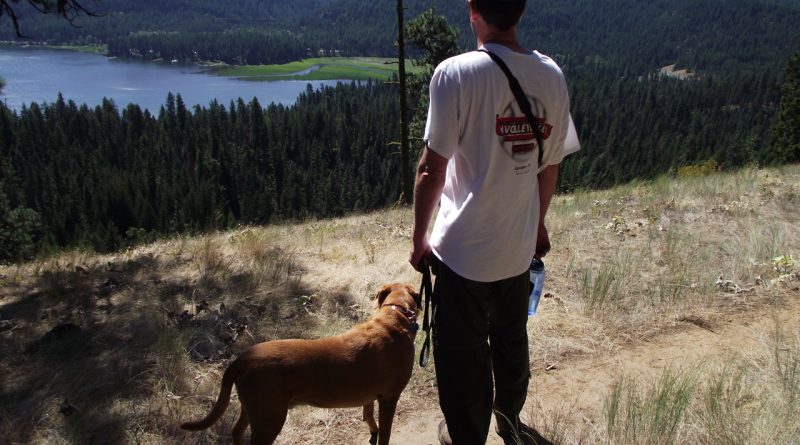 There’s a funny little cartoon going around that goes something like this: A dog says to his owner, “I’m going to convince you to love me with all your heart, then I am going to spend the next 12 years trying to get myself killed.” There’s a lot of truth to that. We are constantly having to monitor our dogs to keep them from running into roads, getting lost, or eating things they shouldn’t. This is a story about that last item.

Back when our old dog was still young and spry, we were traveling to a family reunion in Montana. As often happens after several days of sitting around, eating and talking, we were all getting a bit restless and decided to go on a family hike. We headed out on a trail with a decent climb that culminated at a lovely little mountain lake. Bear, our big lovable Lab, and my cousin’s dog (and his new best dog-friend) Jessie, had a fabulous time running back and forth from the front of the hiking group to the back, walking at least 5 times further than any of us humans. But the air was fresh, the sun was warm and they were experiencing some serious canine joy. It was wonderful to see.

We got to the lake and all the people took a rest, but of course, the dogs still ran around us exploring the wilderness at the edge of the group for as far as they dared. Both dogs were very well-behaved dogs, so they stayed close, and only ever got out of eyeshot when they were running in the tall grasses at the trail’s edge. But even then, you could see the grass parting and knew they were still just a few feet away. 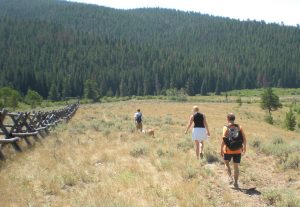 Anyway, we had a good hike down again and a little picnic before heading back to our lodgings.

The next day, Bear seemed a bit sluggish, but he rarely walked as hard as we had the day before, as he was more a cuddler than an athlete, so we figured he was just a little sore and fatigued. That is, until he had a little choking spell and spit up a spot of blood. When we also noticed that this dog who adored food also wasn’t particularly excited to eat, we knew something was definitely wrong.

Now we were staying a tiny Montana town, and a handy vet was going to be hard to find. So since it was the last day of the reunion, we packed up and headed up to Missoula in hopes of finding a vet. Unfortunately, by the time we got there, it was late Sunday night and so we were going to have to wait until the next morning to get him to a vet.

That night around midnight, Bear starting coughing and hacking again. We were getting kind of worried. Then he started to gag. Next thing we know, a large clump of grass — I kid you not — the size and shape of a small ferret came out of his mouth and onto the RV couch. We were amazed at the size of it!  Apparently, the entire time he was running in the grass, he must have been grazing by the mouthful on the grass as well. I know dogs will eat grass occasionally, but he seemed to have thought he was at a buffet, because he clearly had no idea of when to stop.

The good news is that it had no apparent long-term effects. We did learn from that point to keep an eye on him around long grass. His entire life, he had a need to chew on any and every long stalk he saw. It was one of many ways our wonderful dog, who was amazingly well-behaved, nevertheless needed us to keep him from trying to do himself in.

Let us know in the comments below, or submit a story we can share in our community story post! 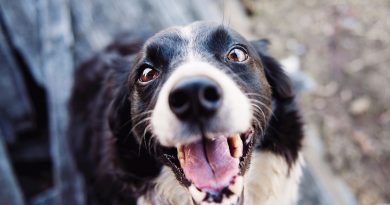 Portable Kennels Fit the Dual-Purpose Goals of an RVer 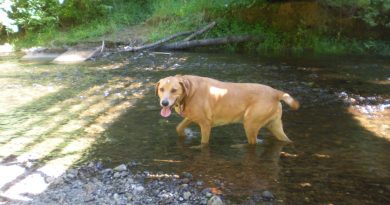 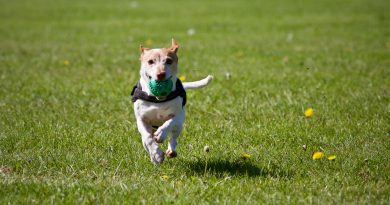 Need More Time in Your Life? Try These Recipes for Stuffing Chew Toys for Your Dog!